A Stranger’s Approach: Chris U. This is N.Y.: Phillis S.

Nails on the Train: Stacey L. 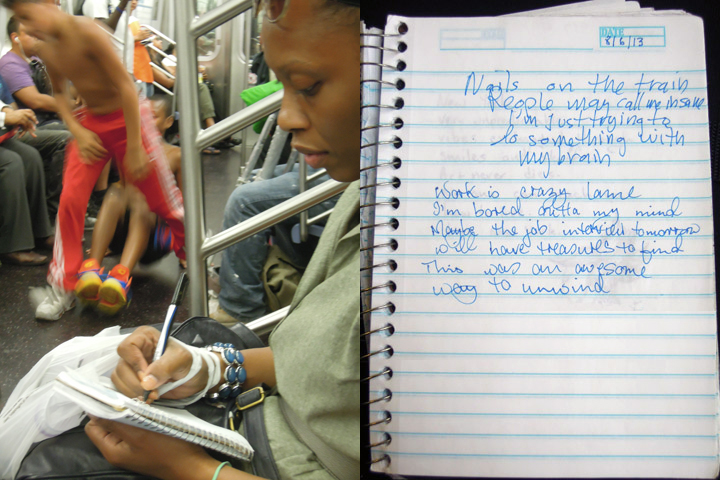 R train from Central Park Zoo 59th St. Aug. 6th, 2013
She was shaking a tiny bottle. I asked her what she was doing. Preparing to put on fake nails. They were French manicure style. She glued one on. I said I’d take dictation. It started that way, then she completed the poem herself. Meanwhile some boys started breakdancing in front of us. One of them hung from the ceiling like a bat.

Read a poem by Chris U.