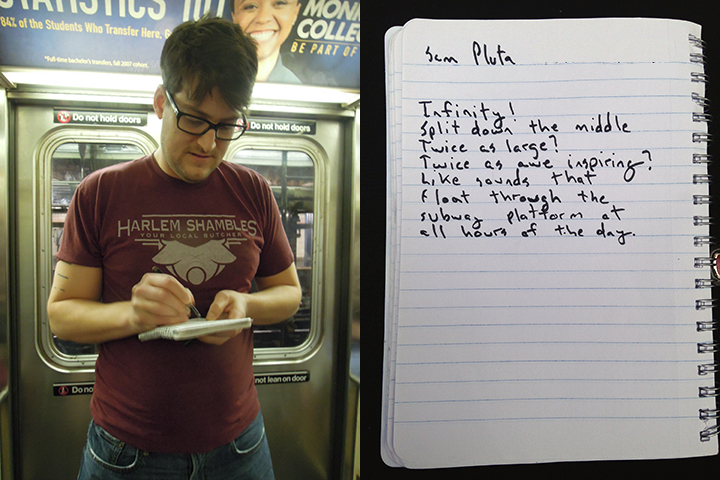 1 train, 116th Street to 72nd Street, March 10th, 2016
He had an elegant tattoo. I thought it was Morse Code. I exited the train to catch the express, then ran back on the local just as the doors closed. I had to ask him. The tattoo turned out to be the Cantor Set – a fractal type. It consists of a single line, followed by two lines, and then four. I asked. He agreed to try one. He composes electronic music and received his DMA in Music Composition from Columbia. He talked about how in music, he shoots down the critic in himself and just dives in, but that he can’t do that with poetry writing. And yet he wrote this knowing that he had just two station stops worth of time!

Infinity !
Split down the middle
Twice as Large?
Twice as awe inspiring?
Like sounds that
float through the
subway platform at
all hours of the day.