This Has Nothing to do With the World: Daniel M. The Best Small Town in America: Mickey F.

Art is a Message From the Future: William M. 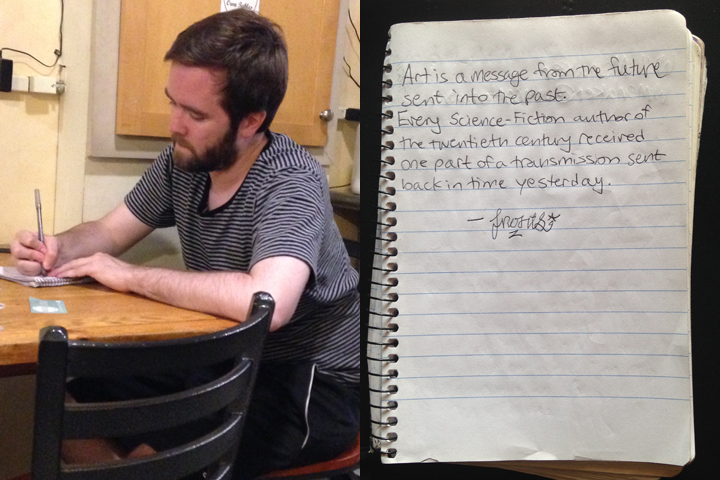 Poems by New Yorkers on holiday posting from Fuel Cafe in the Berkshires, July 6th, 2014
Daniel suggested I ask his son William, who had just arrived. He works at WW Norton & Company. Afterwards they compared poems. Father and son – two peas in a pod – both trying to make sense of words and the world.

Art is a message from the future
sent into the past.
Every Science-Fiction author of
the twentieth century received
one part of a transmission sent
back in time yesterday.

Read a poem by Daniel M.