They call me Chinky: Chinky 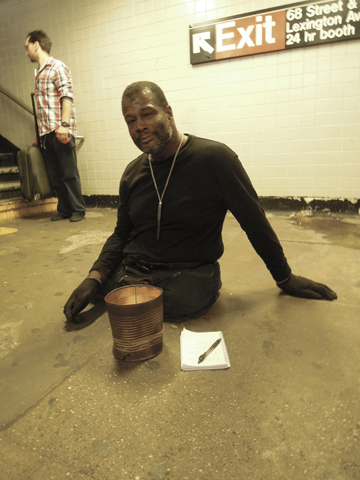 Chinky was at the bottom of the stairs to the 4/5 train at 59th Street. I had to work up my guts to go and ask him to write a poem. I squatted down next to him and asked. He smiled, said, “I don’t know what to say.” I said I’d like to hear about his experience. He said, “Read me a few.” So I read him three poems. “I still don’t know what to say.” The lunch crowd was streaming by, dropping bills into his can (far fewer while I was there chatting). I said, “Why not make that the first line of your poem.” The he dictated: