Fueled by Cappuccino: Mike G. Just Another Guy on the IRT: Kim

That Poem About Living on Bread and Coffee: Zed L. 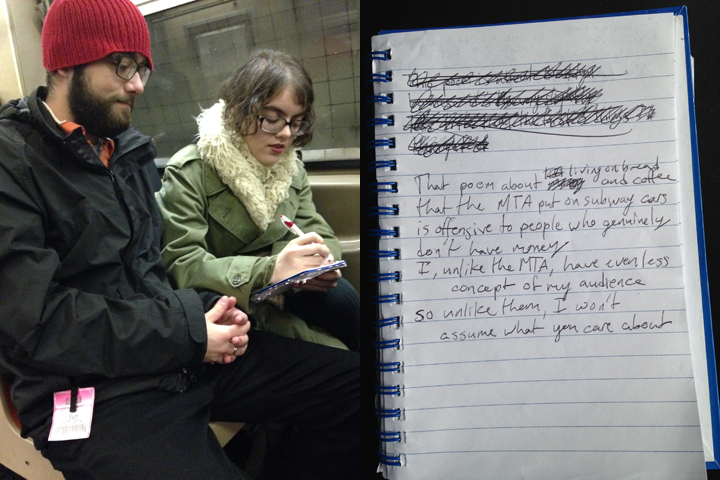 A train, High Street Station to West 4th Street
I walked into the train and knew I would ask her. A mechanical engineering student. She wondered aloud about the difference between an exercise and a finished product. I always prefer poems that are on the fly. She briefly considered tricking me with an already published poem. A conceptual mind.

That poem about living on bread and coffee
that the MTA put on subway cars
is offensive to people who genuinely
don’t have money
I, unlike the MTA, have even less
concept of my audience
so unlike them, I won’t
assume what you care about

Read a poem by Mike G.