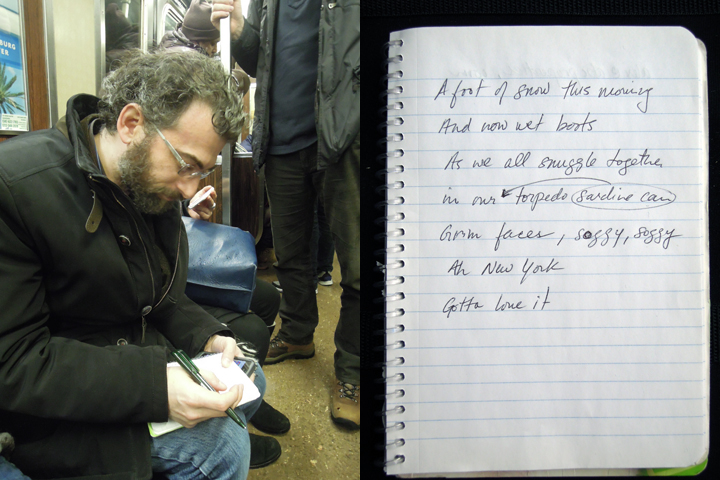 A train Fulton St to 116th St, February 5th, 2014
Alex was the “helpful human” on the train. He told me where the C stopped (frazzled as I was from 1, 2, 3 power outage). He turned off my iPhone flash when I was trying to shoot Alex L. When the seat next to him opened up, I jumped on it. My hands were full of laptops, coffee cups and pens. A man next to me, Virgil (can you believe it?), became my photo assistant. He was funny and friendly, but not yet ready to write a poem. Not just then. Later in the day I received Storm Poem 3.

A foot of snow this morning

As we all snuggle together

in our sardine can torpedo

Read a poem by Alex L.

One Response to Storm Poem 2: Alex