The Statistical Significance of My Day: Jessica T. 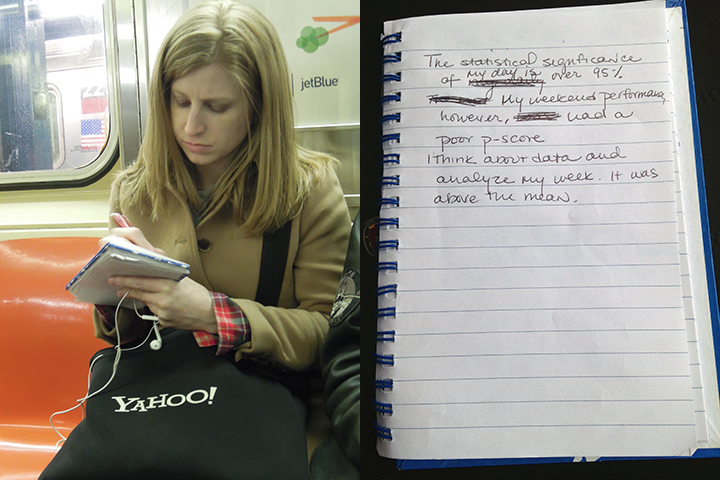 3 Train, 72nd Street to Fulton Street, March 31, 2014
She works in analytics and plays classical piano. I often tell people about the woman who worked in medical billing. I suggested to her a poem that sounded something like this: “0042: nervous anxiety disorder. 057: colonoscopy…” I like it when people embrace the terminology of their profession. This was unabashed data talk and it had a high probability of success.

The statistical significance
of my day is over 95%.
My weekend performance,
however, had a
poor p-score
I think about data and
analyze my week. It was
above the mean.

Read a poem by Marja K