Sitting Beside Her Mother a Girl on the Mexico City Metro: Stan R. 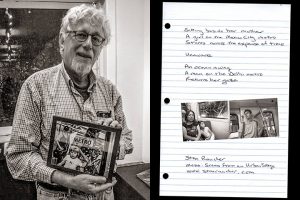 Facebook, January 30th, 2017
We are strangers, but somehow friends on Facebook. Stan has a gorgeous book of photographs of scenes on subways around the world. Each photo has a poem in it. They don’t show the subway freak show. Instead the photos show a dance of glances and the strange relatedness of all humans. I asked him to write a poem. He is a kindred subway worker. You can check out his book Metro: Scenes from an Urban Stage here