It’s Not Gonna Be a Poem, Jeff Pushing Himself Between the Bodies: Danaya E. 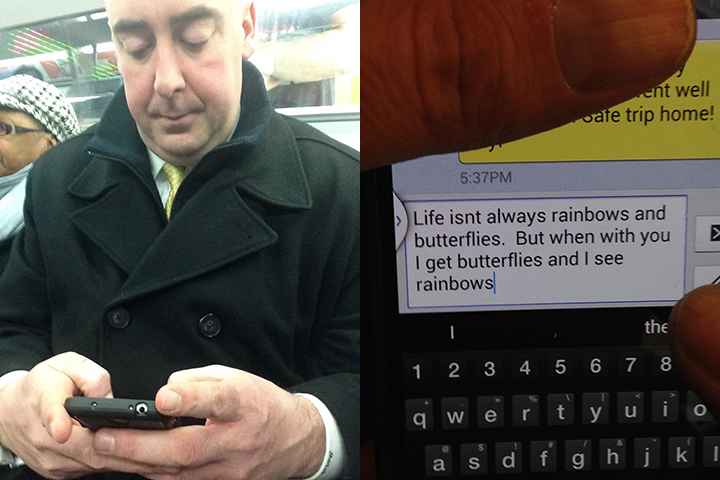 3 train, March 5, 2014
It was a quick interaction. I liked the way he was incorporating the poem into his text to a girlfriend. I caught this line just before the poem: OK just paid for the ring lolol. He jumped off the train and I didn’t catch his name. I thought to call his girlfriend. Her number is in one of the photos. But this was text was in March of 2014. It was meant to be disposable. Phased out of the phone by now.

Life isn’t always rainbows
and butterflies. But when
with you I get butterflies
and I see rainbows

Read a poem by Jeff