It’s Not Gonna Be a Poem, Jeff 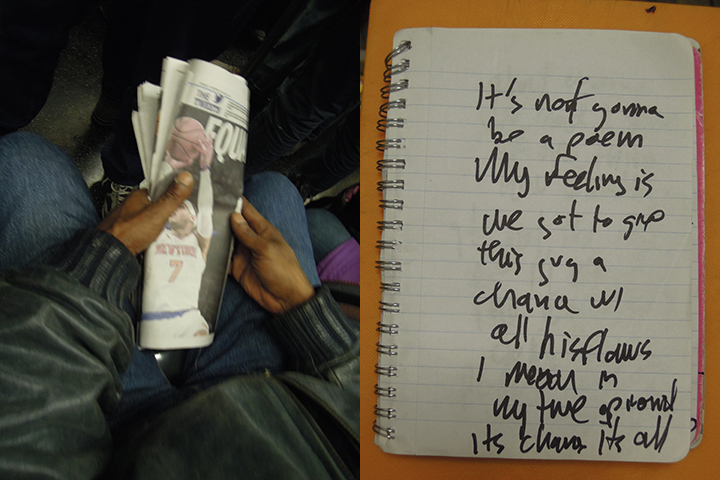 C train, West 4th to High Street Station, November 10th, 2016
My first poem poet-election. He was sitting next to me, reading about Trump. He had big interesting eyeglasses and a quiet way about him. I haven’t asked in a while so it took some time to get the courage. I’m glad I did. It’s like getting back in the saddle, connecting to a stranger. He asked me to write it. He said no at first, “I’m no poet.” But he talked. I wrote. I learned something.

It’s not gonna be a poem
my feeling is
we got to give this guy a chance
with all his flaws
I mean in my true opinion
it’s change it’s all about change.
We had eight years of one thing
now something else
It’s not the end of the world.
The world is not going to end.
People are suffering,
you know politicians –
they seem like a bunch of con men anyway.
People are tired of the
same old same old.
People have to adjust –
stop being negative
stop crying.
You don’t think when Obama went into office
the same thing happened?
You don’t think they cried?
You have to adjust,
you have to have faith.

Read a poem by Piera T.