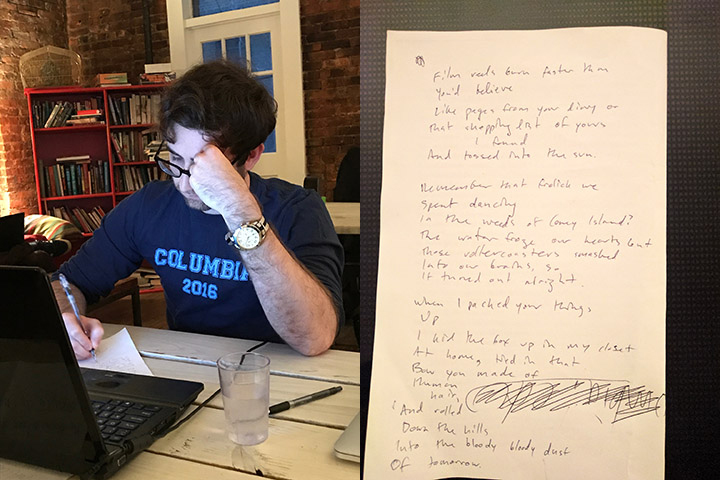 Brooklyn Cafe, March 1st, 2017
Ben and Ricky were having a conversation. I took a liking to them. They were so darn bright. I asked them to write poems. It’s so wonderful to get two stranger poems at the same time. They were in the same conversation but their poems were on opposite ends of the spectrum, literally. Thank you for not minding my eavesdropping.

Film reels burn faster than
You’d believe
Like pages from your diary or
That shopping list of yours
I found
And tossed into the sun.

Remember that frolick we
Spent dancing
In the weeds of Coney Island?
The water froze our hearts but
Those rollercoasters smashed
Into our brains, so
It turned out alright.

When I packed your things
Up
I hid the box up in my closet
At home, tied in that
Bow you made of
Human hair,
And rolled
Down the hills
Into the bloody bloody dust
Of tomorrow.

Read a poem by Ricky G.