You Don’t Need to Make Ears on a Pussy Hat, Judy T. 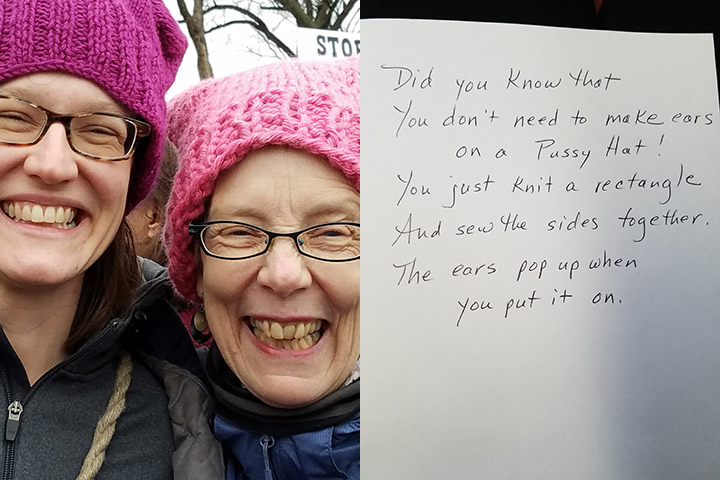 2 train, 72nd Street to Clark Street Station, February 2nd, 2017
Judy had a protest sign and was glowing in pink. She had written a wonderful chant. I thought it would make a good poem, but she preferred to send me a new one. She was on her way to a protest. It’s thrilling to see so many people with signs on the way to City Hall, or to JFK, or to that hideous Tower. That’s Judy and her daughter at the DC Women’s March. Here’s her chant:

Pruitt doesn’t give a hoot!
All he wants is to pollute!

We all want to breathe clean air!
Trump and Pruitt just don’t care!

Just say No! It makes us strong!
We are right, and Trump is wrong!

Did you know that
You don’t need to make ears
on a Pussy Hat!
You just knit a rectangle
And sew the sides together.
The ears pop up when
you put it on.

Read a poem by Daniel G.

One Response to You Don’t Need to Make Ears on a Pussy Hat, Judy T.