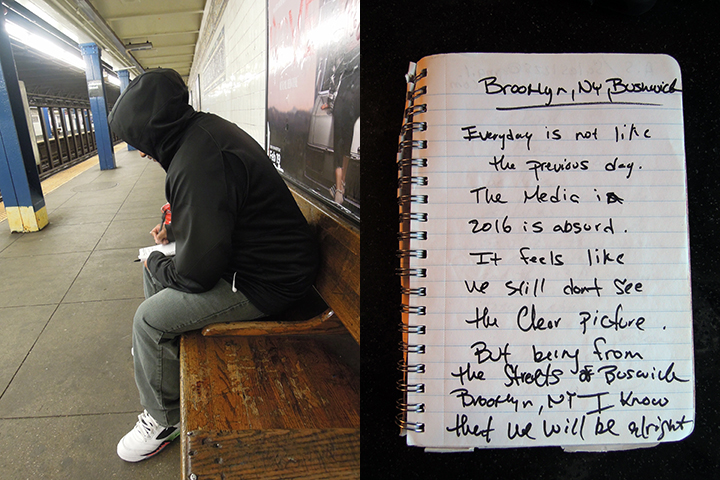 Jefferson Street Station, March 20, 2016
I was on the way to an opening in Bushwick, Brooklyn. I went too far and had to backtrack and wait at Jefferson Street Station. I asked Anthony S., an aspiring writer. Bronx cheer from one native New Yorker to another. The poem is from March and it’s still dead on. I hope he’s right.

But being from
the streets of Bushwick
Brooklyn, NY I know
that we will be alright

Read a poem by Alan D.