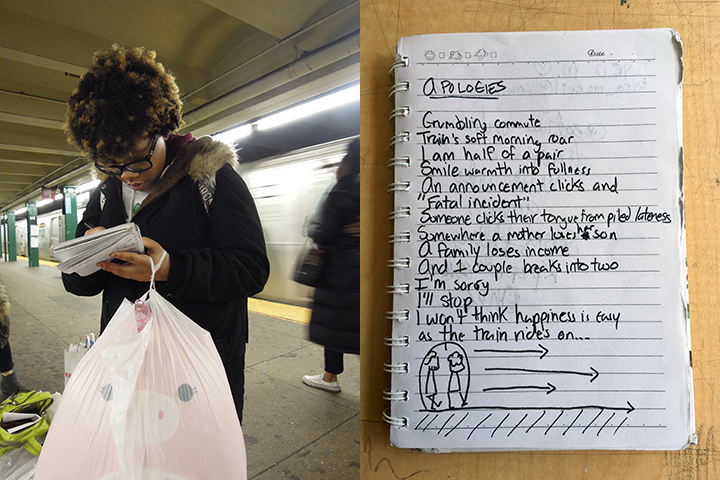 A train, West 4th: March 28th, 2018
A cute couple at the 14th Street station. They yelled to a woman across the platform, “I like your…” I asked them and they both agreed. Then a third woman agreed to write – a record for Poems by New Yorkers. We exited the train at West 4th and they all stood writing on the platform. Tyra’s dream is to make video games and K-pop.

Grumbling commute
Train’s soft morning roar
I am half of a pair
An announcement clicks and
“Fatal incident”
Someone clicks their tongue from piled latemess
Somewhere a mother loses her son
A family loses income
And 1 couple breaks into two
I’m sorry
I’ll stop
I won’t think happiness is easy
as the train rides on….

Read a poem by Beth S.