It Can’t All Come From Within: Robby R. A Time to Forget Time: Kathryn

Writing on the Fly: Steve H. 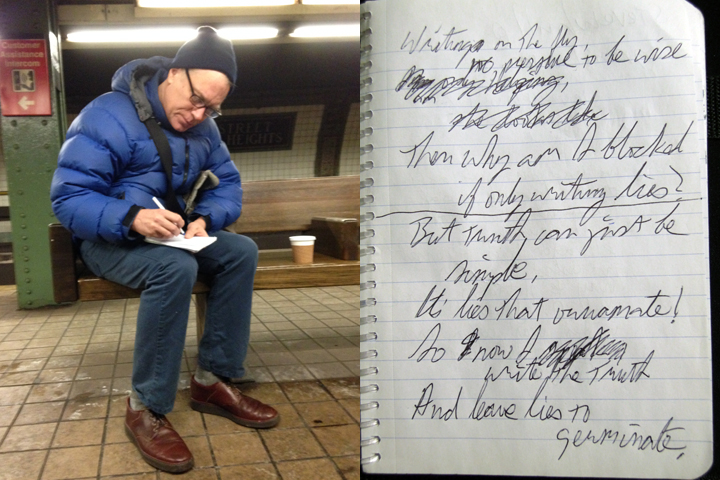 Clark Street Station, January 23rd, 2014
We had an little dance at the cafe door. Thank goodness. When I exited the Clark Street Station, Wall Street Journal reporter in tow, I was able to say, “Was that you at the door… will you write a poem?” He got the ball rolling. I was three for three in front of the reporter.

Writing on the fly,
no pressure to be wise

Then why am I blocked
if only writing lies?

But truth can just be
simple,

So now I
write the truth

And leave lies to
germinate.