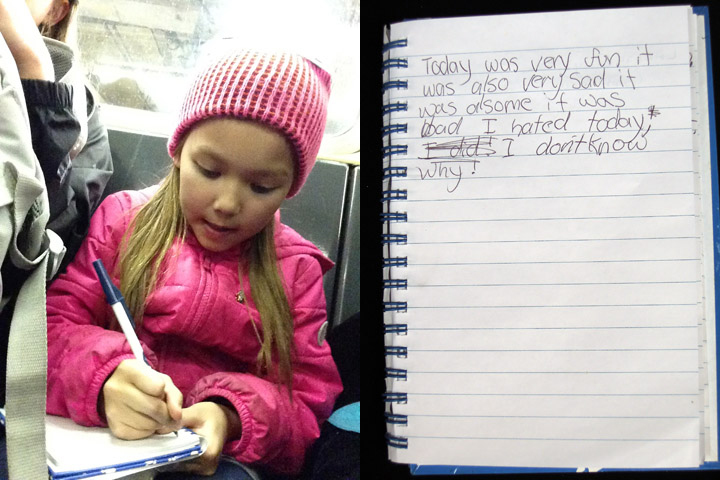 2 Train, 72nd Street to Clark Street, March 12th, 2014
Last Thursday I got on the train and noticed a man in a hat. He was uncharacteristically bright-eyed and open. A few minutes later he spoke to me. “My Granddaughter says that she wrote a poem for you.” I looked at her. Yes! It was Stella. I loved her poem but I could not contact her. Her babysitter never Emailed me back. I only publish children’s poems with permission from the parents. Stella, a third grader and gymnastics star, had recognized me from March! Grandpa wrote a poem too. I’ll post that next.

Today was very fun it
was also very sad it
was awesome it was
bad I hated today,
I don’t know
why!