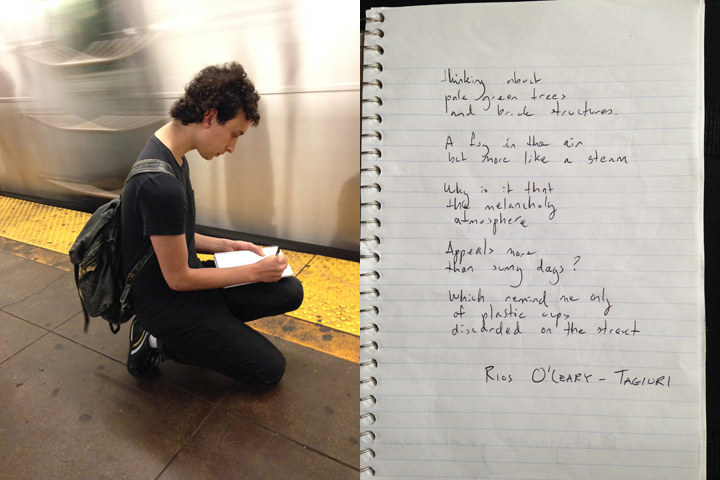 L Train, Bedford Avenue to Union Square, June 11th, 2014
I asked Severino, my co-teacher, to detect a poet on the platform. Before he answered I spotted Rios. No doubt about it, he had a poem in him – two it turns out. It was “a sign” that I had asked, he said, since he had just left a kitchen job to focus on being an artist. It was a sign to me too. The dry spell was over. The poets were out again and my forehead door, as one poet had described it, was open.

A fog in the air
but more like a steam

Why is it that
the melancholy
atmosphere

Which remind me only
of plastic cups
discarded on the street

Pleased to be approached
as a poet

But sad
to be labelled a man

When will my internal world
Bleed

Read a poem by Tiffany S.