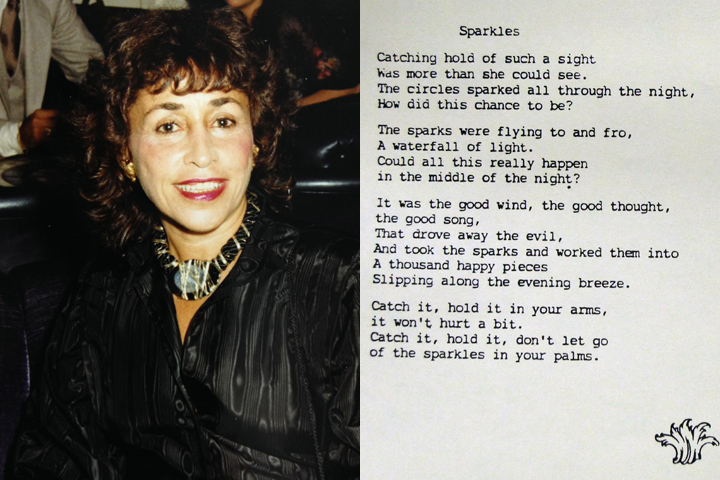 The Bronx, 1987
My first New York City poet: my mother. She wrote this at the end of her life. It was optimist and beautiful, and maybe even kabbalistic. I think of it often. She was a native New Yorker and the life of the party. October 21st is one day, among many, that I think of her.

Catching hold of such a sight
Was more that she could see.
The circles sparked all through the night,
How did this chance to be?

The sparks were flying to and fro,
A waterfall of light.
Could all this really happen
in the middle of the night?

It was the good wind, the good thought,
the good song,
That drove away the evil,
And took the sparks and worked them into
A thousand happy pieces
Slipping along the evening breeze.

Read a poem by Gabriel B.