Bright Mornings on a Blessed Day: Jahmain Waiting for You: Aliya H.

Pete Seeger Taught Me That: Hannah 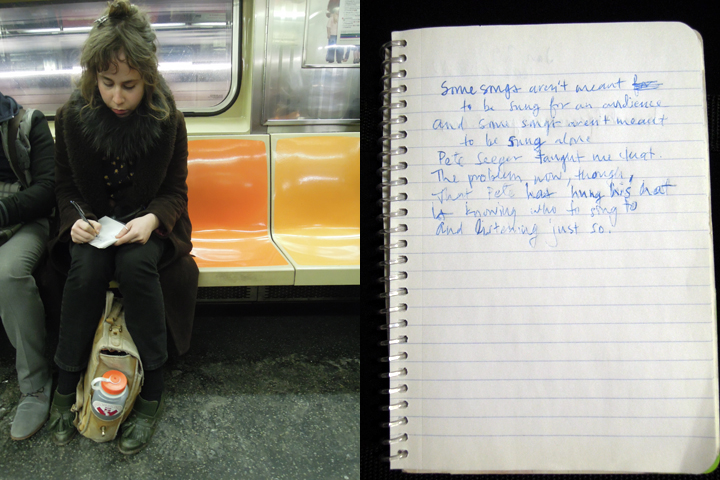 2 train, 96th Street to Chambers, January 29th, 2014
I pointed her out to a colleague who was watching me work. While I was making the pitch, I realized that she looked quite a bit like me. A distant cousin? Is that why I picked her? She was bright, well spoken and fun.

Read a poem by Jahmain

One Response to Pete Seeger Taught Me That: Hannah