One of Humankind: Leonid T. Is This About us as a Body: Sarah MG

Pasted on a Stranger: Lara A. 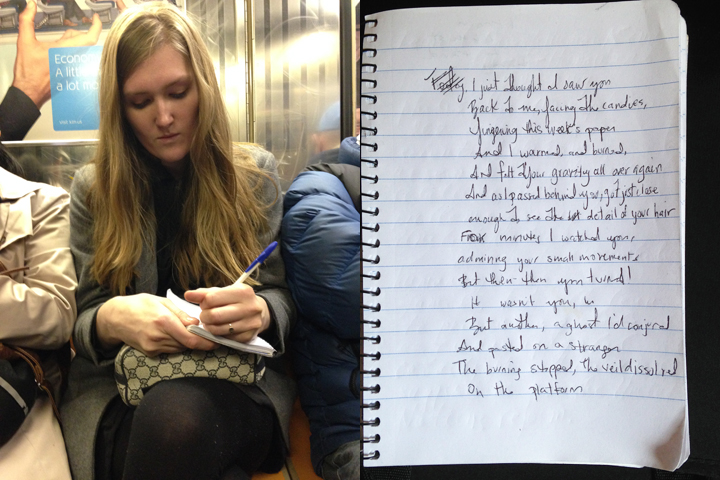 Not a stranger, but she was brimming with poem potential. She is a former student of mine. I ran into her in the station. She is such a good writer, I had to ask. I hope you don’t mind these occasional breaches of the stranger rule. I feel flexible about it, but prefer to stick to the rule. The incident in this poem had just happened. It is universal and described with perfect accuracy and vim.

Read a poem by Leonid T.