I Can’t Believe You Gave Me Flat Seltzer: Virginia J. In the Mirrored Elevator: Mara M. 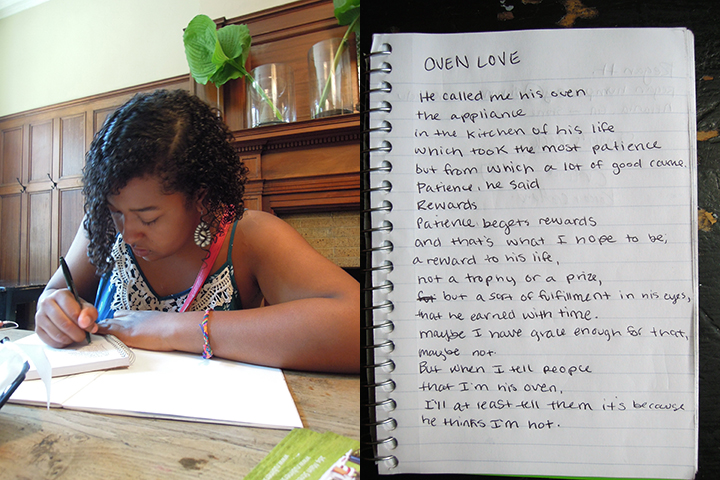 Cafe, The Berkshires: July 27, 2016
The previous poet, Virginia J., suggested I ask Regan. She’s a student at Simon’s Rock College– a major in creative writing. She took the notebook and whipped up this poem based on a real encounter. Sweet to be someone’s oven, dangerous too. What does he, she, they call you?

He called me his oven
the appliance
in the kitchen of his life
which took the most patience
but from which a lot of good came.
Patience, he said
Rewards
Patience begets rewards
and that’s what I hope to be,
a reward to his life,
not a trophy or a prize,
but a sort of fulfillment in his eyes,
that he earned with time.
maybe I have grace enough for that,
maybe not
But when I tell people
that I’m his oven,
I’ll at least tell them it’s because
he thinks I’m hot.

Read a poem by Virginia J.