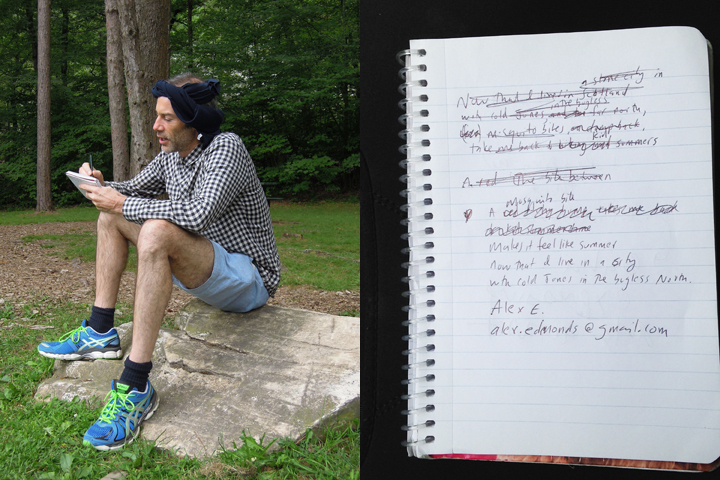 Poems by New Yorkers posting on holiday from Monument Mountain in the Berkshires. August 14th, 2014

First sister/brother poems. They were lost. I reoriented them. We got to talking. Had a great chat. I would be friends with them but he lives in Edinburgh, Scotland and she lives in Baja, Mexico. They both write. He’s an anthropologist and she’s an artist who is working on experiential art practices with children. We were three writers following in the footsteps of another group of writers who had had lunch on the ridge 164 years earlier minus nine days: Herman Melville, the editor Evert Duyckinck, writer Oliver Wendell Holmes, author Nathaniel Hawthorne and their host, David Dudley Field Jr. We wrote poems at the base. They read William Cullen Bryant’s “Monument Mountain” on the summit.

Makes it feel like summer
Now that I live in a city
with cold Junes in the bugless North.

Read a poem by Jonathan B.