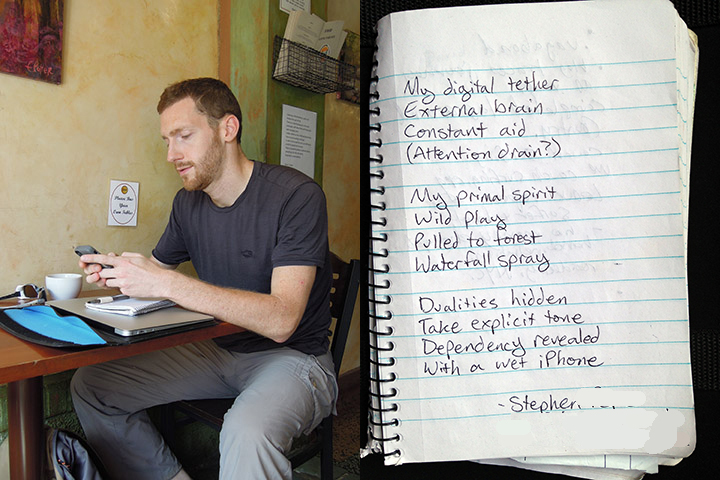 Fuel Cafe, August 19th, 2015
I passed him and got a whiff of poet. He has blazing blue eyes and seemed creative, intelligent, and enlightened – disarmingly so. My sister called me and so I made my way to the front of the cafe to get reception (turned out to be a “butt call”). On the way back I veered right over to him. He was everything he appeared to be: an adventurer, a wanderer, a bright free spirit, a poet. He has been traveling around the United States for two years (a giant loop), couch surfing and seeing the country. He blogs about it here. Of course he drafted it on his iPhone first.

Read a poem by Logan M.