Coffee With Cooper: Ron R. You Know All the Wildlife at LAX are Born Deaf: Terrance Angelo R.

And So the Pirate Sings: Paul M. 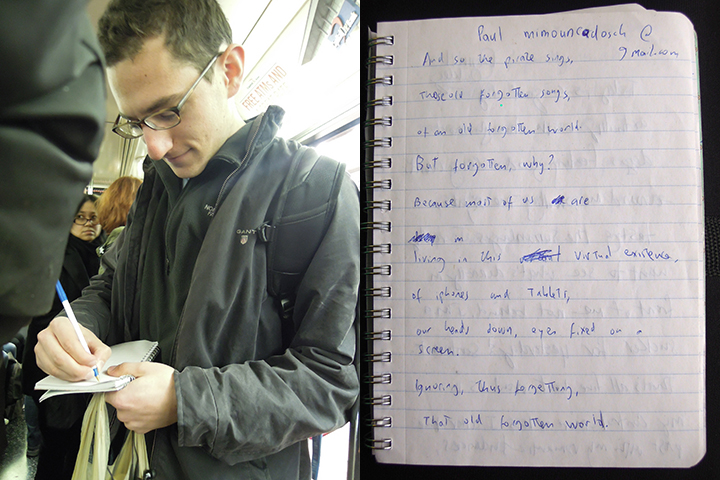 116th St. platform, 1 train to 96th St., November 24, 2013
A full platform. Paul was pacing and muttering something. The lines of a play? Turns out it was computer code (modern lit?). He was very comfortable with the idea of writing. There was a pirate on the platform playing the guitar. Paul had a sparkle in his eye.

And so the pirate sings,

of an old forgotten world.

Because most of us are

living in this virtual existence,

of iPhones and tablets,

our heads down, eyes fixed on the
screen.

Read a poem by Ron R.