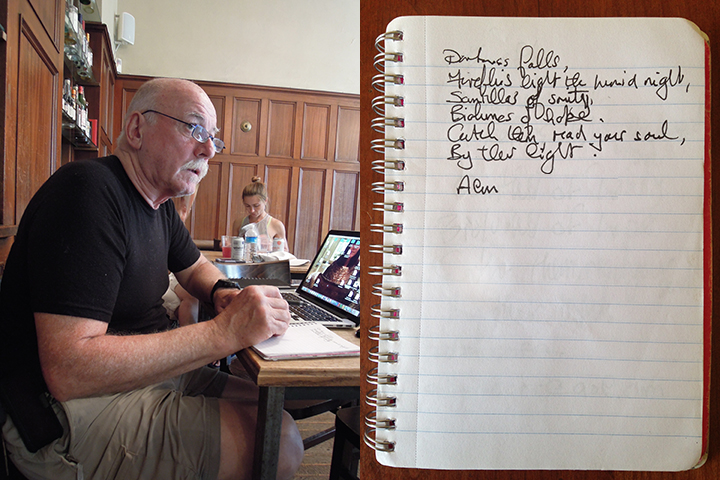 Berkshire County, July 7, 2016
I went to bed watching a single firefly dance in my living room. It was attracted to the tiny night light. Did he think it was a female? The curvilinear light show brought on feelings of peace and happiness. I fell asleep with a smile. The very next morning Alun wrote this, capturing my own sensation perfectly. Perhaps it’s universal – fireflies and humans? Light in darkness? Alun is Welsh. Because of the Welsh tradition of writing poetry, he said he had to say yes. He’s a journalist who is writing a book on terrorism and working on a novel. We discussed the difference between fireflies, and their lesser British counterpart: glow worms.

Darkness falls,
Fireflies light the humid night,
Scintillas of sanity,
Biolumes of hope,
Catch them, read your soul,
By their light.

Listen to a poem by Shapel Mallard

One Response to Firefly: Alun C.